Art museum attendance has been on a steady decline since 1992, particularly among the youngest adults, with only 18 percent of 18-to-24 years olds visiting museums, according to a 2012 report by the National Endowment for the Arts. Overall, the percentage of Americans visiting art museums has dropped by 21 percent and almost 5 million visitors since it’s peak in the early 1990’s, according to the report.

Addressing the mounting challenge of staying relevant, the Smithsonian American Art Museum (SAAM) has partnered with Craig Knoblock and Pedro Szekely of USC Viterbi’s Information Sciences Institute (ISI) to create applications and educational tools that help engage the younger generation and bolster interest in the arts.

“I think the best way to educate people is educating them when they don’t know they’re being educated,” said Szekely, a research assistant professor and project leader at ISI. “People go to museums to have fun, but usually end up learning something. I don’t think you get anyone to learn about art by directing them to a website called learnaboutart.com. No one wants to go there.”

Szekely and Knoblock are in the initial stages of creating a virtual museum, which would allow users to embark on immersive, self-curated virtual tours that bring together a comprehensive collection of artwork from a variety of museums. To make this happen, the pair are converting museum data from their own proprietary formats into what is known as Linked Open Data (LOD), a system that allows different complex datasets to be mapped or linked to other data across the World Wide Web. It lends itself to the “semantic web” movement, which seeks to promote common data formats across the Internet.

Once the data is converted, Knoblock and Szekely will be able to create interesting applications to be embedded in the virtual museum. The engineers are currently working on an application that would allow users to explore interesting, seemingly disparate connections from disciplines ranging from the sciences to culture, from history to music. 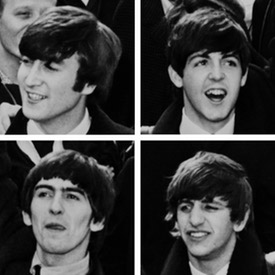 For instance, the app would allow users to explore interesting connections between Van Gogh and the Beatles, including Emil Nolde. Nolde was a German painter who had an influence on Van Gogh, whom Beatle John Lennon idolized. This application was inspired by Miel Vander Sande’s “Everything is Connected” video.

“Having the ability to explore the connection between things would make topics like art and history more interesting,” said Knoblock, a research professor in the Department of Computer Science and ISI director of Information Integration. “It would augment what teachers are teaching and allow users to explore data that is hard to explore today.”

In addition to providing the data for the virtual museum, the LOD could be used to augment a museum’s current webpages with the additional information provided by the New York Times, Wikipedia and other sources of Linked Data. This would allow users to access the artwork and information that most interest them from one central hub rather than having to scour the Internet for such information.

“The idea behind LOD is that it allows you to easily connect the dots,” said Eleanor Fink, an art and technology consultant to ISI who handles the institute’s art client relations. “LOD allows you to navigate from one piece of information to a wealth of related knowledge. It may be the city in which the artist was born, or his family ancestry, or some other facet of information. It provides opportunities to explore different pathways to information.”

Perhaps most significant is how the LOD technology will enable museums to connect with the younger generation in new ways. Museums have for some time attempted to engage tech savvy youth, such as through exhibitions in the Smithsonian American Art Museum like “The Art of Video Games” and a “hackathon” that appeal to the generations that grew up with the Internet, video games and technological based toys. With LOD, museums can create educational tools and apps that use technology to present subjects like art, history and music in fun, creative ways.

“Every museum wants to be more relevant. They want more people to come through their doors, and they want to be more creative in reaching the younger generation,” Fink said. “LOD enables curators, educators, and visitors alike to tell a multitude of stories and deepen the public’s understanding and appreciation of art.”

While the LOD technology has existed for some time, Szekely and Knoblock have created a version of it called Karma that makes the process easier and accessible to all users, regardless of technical ability. Currently, ISI is converting the existing 40,000 artworks that comprise the Smithsonian American Art Museum’s collections into LOD. But museum collections aren’t stagnant – they continue to grow with time. With Karma, the Smithsonian American Art Museum staff will be able to convert new museum data into LOD themselves with ease and without outside assistance. 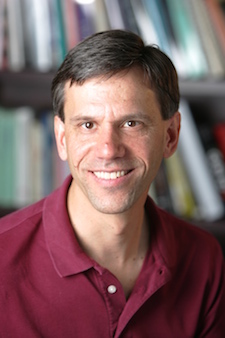 Karma also allows the conversion of data at a low cost, making it more accessible to smaller cash-strapped museums. The Smithsonian American Art Museum hopes its efforts will translate into a larger movement across museums. The more museums that convert their data into LOD, the more comprehensive and accessible the data available to users will become – and the more complete the virtual museum.

“I think people who have grown up with the Internet, who are digital natives, really want to have information that is accessible and free for them to use,” Rachel Allen, deputy director of the Smithsonian American Art Museum, said. “This project will lead to more buy-in.”

With more accessible and free data available through LOD, museums hope that access to the new information will enrich museum going experience and bolster visibility for collections. For instance, the virtual museum could help users find other museums to locate artwork that most interests them. The hope is that these users will then step away from the Internet and physically visit these museums.

The benefits of LOD will not be fully realized unless multiple museums are on board. ISI is currently working to accomplish this via the American Art Collaborative (AAC), a new collaboration among American art museums initiated by Fink, including the Metropolitan Museum of Art, Dallas Museum of Fine Arts, Indianapolis Museum of Art, Crystal Bridges, National Portrait Gallery, Autry, Gilcrease Museum in Tulsa and the Princeton University Art Museum. The AAC is still in an initial, experimental phase, with no formal agreements between museums yet in place. At this stage, participating museums have voluntarily submitted 20 to 30 pieces of art to the AAC to convert them into LOD so the Smithsonian American Art Museum curators can explore the potential benefits and applications of utilizing data from a collection of museums.

Fink and others involved in the LOD movement believe it will eventually revolutionize how users obtain and absorb knowledge.

“This will lead to a new generation of the World Wide Web that makes a significant difference in how we communicate with audiences,” Fink said. “It will open up, for audiences and researchers alike, a window to the world of knowledge.”

The Information Sciences Institute and the American Art Collaborative began a partnership that proves that STEM and the arts actually can get along.