At first glance, throwing a ball into a basket above your head seems like a pretty simple task. Use one hand, and flick upward with wrist and elbow. How hard can it be? But what makes this solo shot so choke-worthy is that even after thousands of hours of practice and formulas burned into the brain, we never know if these athletes who have done it again and again can do it one more time.

In the spirit of March Madness, Daniel Hagen, a basketball fan with a master’s degree in biomedical engineering and now a second-year Ph.D. student in the Brain-Body Dynamics Lab at USC, broke down the biomechanics of the free throw. His work, done with lab Director Francisco Valero-Cuevas, has potentially important implications for what we know about our own motor-control strategies, how we explain the emergence of disability, and how we might help stroke victims or people living with disability move better in everyday life.

Problem #1: There are too many strings on you

In a paper published in the Journal of Biomechanics in May 2017, titled “Similar movements are associated with drastically different muscle contraction velocities,” Hagen and Valero-Cuevas, USC Viterbi professor of biomedical engineering and biokinesiology and physical therapy, investigated how a basketball player coordinates a perfectly calibrated and complex system of articulated limb segments and muscles capable of moving in infinite ways in the plane of the free throw.

“For us to move,” explained Valero-Cuevas, author of the textbook “Fundamentals of Neuromechanics,” “we have to control many more muscles than we have joints.”

Imagine you were a marionette, like Pinocchio, with more strings attached than you have hinges. Historically, scientists have called this the redundancy problem — where there are many possible combinations of string (i.e., muscle) forces that can produce the same behavior.

“Each movement exhibits a unique muscle velocity profile, requiring the muscles used for this task to lengthen or shorten with different required rates in order for the throw to be smooth.”

“Such redundancy problems are important in the fields of robotics and control, and have been applied to understand how we activate individual muscles,” Hagen said.

In theory, redundancy should give you flexibility to learn one way to move, and then simply play it back, right? “But then,” Valero-Cuevas said, “why is it that so few of us can move repeatedly and accurately time after time, and make millions of dollars at it? Why does it take us our entire childhood to hone a free throw, or to learn to move well, for that matter?”

To answer these questions, Hagen and Valero-Cuevas used concepts from differential geometry and computer simulations to follow-up on physiological concepts first raised in the 1890s by Sir Charles Sherrington, one of the founders of neuroscience. Simply speaking, they turned the problem on its head.

“Biomechanically, the redundancy in muscle forces is only half the story,” they write in their paper. “When you move, the lengths of all the muscles that stretch are fully defined by the rotations of your joints — so different movements look very different to your muscles.”

Problem #2: Talking to your reflexes

To test this, Hagen used a detailed computer model of the human arm to look at how quickly muscles lengthen — and therefore how precisely the spinal cord must regulate such reflexes — for 100,000 different feasible shoulder, elbow and wrist joint rotations that produced successful free throws. A lot of free throw styles look the same, but redundancy tells us there are an infinite number of ways you can move your joints to put the ball in the net.

“Each movement exhibits a unique muscle velocity profile, requiring the muscles used for this task to lengthen or shorten with different required rates in order for the throw to be smooth,” Hagen said. Added Valero-Cuevas: “A type of trade-off happens for each trajectory you choose. They each impose very different constraints on the neural control, on the spinal cord. The inevitable inaccuracies in our neuromuscular system will make some free throws much more prone to disruption — to missing the shot — than others.”

Does that mean that super athletes like LeBron James have a genetic Fitbit translator that allows them to engage in daily conversation with their own musculoskeletal system?

“When you’re in the middle of the game, you allow your technique to shoot the shot for you,” said Enfield whose 92.5 free-throw percentage when he was playing for Johns Hopkins University (1987-1991) was an NCAA record across all divisions, men’s and women’s.

“It’s impossible to simulate in practice the pressure a player feels at the free throw line,” Enfield said.  “If you try to over analyze yourself with statistics and too much data, you end up confusing and hurting yourself.”

Valero-Cuevas agreed: “You can try to replicate what you do in practice or imitate another player but there’s something that happens at the muscular level that imitation cannot accomplish—and that pattern of control is operating at a very deep, unconscious level!”

Ok, so you’re not getting paid millions of dollars to shoot hoops or trying to set a new NCAA record.  How might this understanding apply in real life?

“When you’re in the middle of the game, you allow your technique to shoot the shot for you.”

Say you are recovering from a stroke and have to relearn basic movements. “What if I could tell you, in simple terms you can apply, that trajectory X might be easier for you to follow smoothly?” Hagen said. “Maybe you could try it and see if it improves the way you move. This kind of categorization of movements could help find classes of movements that are smoother, easier or less costly — potentially improving your quality of life.”

For those of us who just want to look good when shooting from the free throw line, here are some tips from an NCAA free throw record holder, Coach Enfield:

“It starts with your lower body.  You have to have a balanced base to shoot accurately. The technique is to shoot the ball with one hand. Lock the elbow and snap the wrist to get proper back spin and rotation. You don’t want it too flat and you don’t want to go too high. The arc of the free throw should be just above the white square. The follow through and the angle of the follow through create the arc with proper backspin and shooting touch if you’re looking at the biomechanics of it.”​ 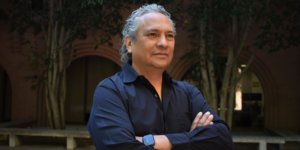 How Does the Nervous System Develop?