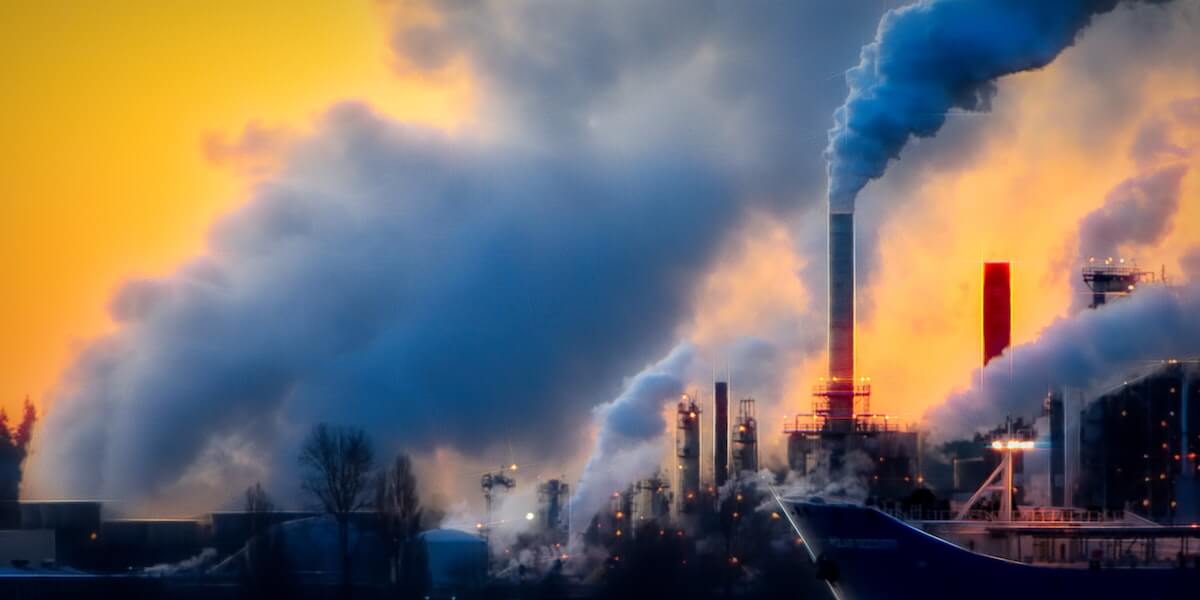 In future, carbon dioxide emissions could be captured and converted to fuel, thanks to new nanoparticles. Image/Chris LeBoutillier, Pexels

Imagine a futuristic power plant. Instead of stacks that pump carbon emissions into the atmosphere, the plant captures all its carbon dioxide, converting it into fuel that can actually power the plant: A carbon-neutral closed loop.

Researchers at USC Viterbi School of Engineering, collaborating with the U.S. Department of Energy’s National Renewable Energy Laboratory (NREL), are working to bring this closer to reality. The team has discovered a metal carbide nanoparticle (a compound of carbon and metal) that can convert CO2 into fuel; a particle that for the first time, can be produced sustainably at low temperature.

This means that the particles can be produced at an industrial scale at a low cost, and with minimal environmental impact, providing a vital pathway toward reducing the world’s greenhouse emissions.

Noah Malmstadt, professor in USC Viterbi’s Mork Family Department of Chemical Engineering and Materials Science, is one of the authors of the research, in collaboration with Frederick G. Baddour from NREL and Richard Brutchey, professor of Chemistry at USC. Their work was published in the Journal of the American Chemical Society.

Malmstadt said that the aim of the project was to capture carbon emissions from an emission source, such as a flue, and then to convert it into usable fuels, with the nanoparticles functioning as a catalyst to enable the reaction. “Hydrocarbons are basic fuel stock. You can either turn them into fuel stock chemicals such as methane or propane. Or you can use them as the basis for chemical synthesis so they can be building blocks for making more complex chemicals,” Malmstadt said.

He said that hydrocarbons were also “feedstock” chemicals that could potentially be used to create other carbon-based material, so carbon emissions could be converted into material to make consumer products as well as hydrocarbon fuel.

Malmstadt said that until now, the process for creating the catalyst particles has been very energy intensive, making it an impractical solution for converting carbon emissions. The carbides are created using a process where they are heated to temperatures higher than 600 degrees centigrade, a process that makes it difficult to control the size of the particles, which impacts on their effectiveness as catalysts.

He said that in contrast, the team’s discovery uses a millifluidic reactor process, a very small scale chemical reactor system, which has a minimal environmental footprint. This means the particles can be produced at temperatures as low as 300 degrees centigrade, resulting in smaller, more uniform particles, which make them ideal for converting CO2 to hydrocarbons.

“The chemical reactor system operates in channels that are less than a millimeter across, which offers a ton of advantages over traditional reactors, particularly in terms of making materials that are very uniform and very high quality,” he said.

Malmstadt said that the resulting nanoparticles have a very high surface area to mass ratio.

“So for each amount of metal that you have in the catalyst, you get more active surface area that can do chemistry,” he said. Nanoparticle catalysts (suspended in liquid in the bottle on the left) create a reaction in the funnel, turning the red and black carbon dioxide molecules into hydrocarbons (in black and white). Image/Frederick G. Baddour

Malmstadt said that the reaction process could be compared to the way that supercomputers have evolved over time; how they were housed in large laboratories and required giant memory banks and energy-intensive cooling systems. Whereas present day distributed or cloud-based supercomputer systems are simply a grid of standard computers that run in parallel and share resources.

“So it would be the same way of thinking for this approach to scaling chemical production,” Malmstadt said. “Instead of using a large chemical reactor, instead you use a bunch of these millifluidic reactors, and you just operate them all in parallel.”

“This offers an easy route to scale the chemistry, and from the point of view of sustainability in terms of energy use, and the amount of personnel hours that go into producing the materials, it’s much lower for these millifluidic routes than it is for traditional approaches to manufacturing the chemicals,” Malmstadt said.

A new business in the USC Viterbi Startup Garage has developed a molecule to turn this plentiful biofuel byproduct into coveted sodium lactate.