Jillian Khoo fell in love with music at age 3, when she picked up a violin for the first time. A classically trained violinist and concert soloist, she always expected to major in music at university. But then, she took a required computer science class and fell in love again—this time, with coding.

Now a junior in computer science at the USC, where she also works as teaching assistant while pursuing a masters in the Progressive Degree Program, Khoo has scored multiple software development internships from companies like Redfin, Google, and AirBnB. A classically trained violinist, Jillian Khoo made her Carnegie Hall  debut in 2017. Photo/courtesy of Jillian Khoo.

After receiving a nomination from the CTO of Redfin, in the fall of 2019, Khoo was the first student from USC selected as a Neo Scholar.

Launched in 2017 by serial entrepreneur and angel investor Ali Partovi, Neo is described by Forbes as a “scouting network for brilliant engineers.” The program offers students connections and mentorship, while bringing novel thinking and new talent to tech veterans.

With more than 300 nominations annually, only about a dozen students make it through multiple rigorous rounds of interviews, including one tech interview with Partovi himself. As a newly admitted scholar, last fall, Khoo was invited on an all-expenses paid Neo retreat in Arizona.

“I got to meet the pioneers who shaped the tech industry to where it is today,” said Khoo, who hopes to be involved in a startup in the future. “It was really interesting to get to hear their perspectives on how things have changed and what the next big thing will be.”

Learning and Serving the Community

Khoo finds ways to blend her two passions whenever she can: as an intern, she played in the Google orchestra and at USC, she played in the Thornton Symphony, sharing the stage with music majors. She was even selected to participate in Hack Music LA, a hackathon organized by the L.A. Philharmonic at the Walt Disney Concert Hall.

Khoo also served on the program committee of AthenaHacks, which is the largest all-female hackathon in Southern California. The annual event aims to support and nurture women in tech through a weekend of workshops, mentorships and social events.

Applying her technical skills to solve real problems has long been Khoo’s goal. Besides AthenaHacks, Khoo has taken part in Code the Change since her first year in USC. The student organization designs and builds software projects for a couple non-profit organizations each year.

Last year, Khoo and her team worked with Vision to Learn, an LA-based organization that provides free eye exams and glasses to students in low-income communities. Her team created and delivered a website to streamline the organization’s process of collecting and managing data, which was previously done on stacks of paper.

“We’re learning these technologies in Viterbi, so why not apply what I’m learning to help people and make a difference.” said Khoo. A Hackathon to Empower Women 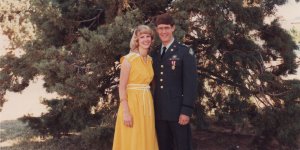