Yun Li, USC PhD ’22, received the USC PhD Achievement Award for 2022. The award, established in 2012, is part of the USC Graduate School’s ongoing effort to support and recognize exemplary research. Students are selected based on their record of success including significant publications as the sole or primary author; job offers that signal the outstanding quality of the student’s doctoral work; major awards in a broadly conceived field; and other markers of excellence appropriate to the student’s field.

Yun Li was born in Changsha, China, and raised in Beijing, China. She went to Peking University (China) in 2012 and received her bachelor’s degree in environmental science in 2016. She worked as an undergraduate researcher with Dr. Junfeng Liu and earned interests in applying science to solve air pollution problems. Yun joined the Sonny Astani Department of Civil and Environmental Engineering in Fall 2016 to pursue a PhD in environmental engineering. She was co-advised by Dr. George Ban-Weiss (1981 – 2021) before joining S3 group (Associate Professor Kelly Sanders’ research group) in Fall 2021.

Following is a Q&A with Yun Li:

What first inspired you to pursue engineering?

I was always concerned with air pollution, which is among the biggest environmental problems that we are facing today. The grey sky makes me feel unpleasant emotionally and unhealthy physically. I think engineering is the road to innovative and feasible solutions that can bring back the blue sky.

USC is a top university in the U.S., and USC Viterbi is among the best engineering schools. I benefit a lot from the flexibility in course selection and the abundance in academic and career development resources. Most important are the people I met at USC. My research advisors, Dr. Kelly Sanders and Dr. George Ban-Weiss (1981-2021) are both great mentors at work and in life. They are creative at generating interesting research ideas and rigorous in carrying out research projects. In addition, my colleagues in both groups are talented and productive young researchers. I enjoy collaborating with them where we can bring in our individual expertise and learn from each other.

What is the focus of your research?

My research focuses on the air pollution problem in Southern California, which is among the most polluted regions in the U.S., and looks at the connection between energy and air quality, and the interaction among land cover, climate and air quality. Air pollution is caused primarily by fossil fuel combustion from energy use and is affected by land—climate—air quality interactions via various physics and chemistry pathways. More specifically, my doctoral study uses a regional atmospheric chemistry model to look at the role of energy system decarbonization and land surface properties on urban air quality in Southern California.

What are some of its most important/ timely applications?

My project on the role of energy system decarbonization on Los Angeles air quality quantified air pollutant emissions reduction from renewable energy adoption and simulated the occurrence of major air pollutants for LA in 2045. We found that up to 150 lives can be saved annually due to improved air quality from adopting clean energy in LA, which is equivalent to $1.4 billion savings. This project is part of a larger study called LA 100% Renewable Energy Study (LA100), which helped form the scientific foundation for the Los Angeles City Council’s recent (2021) approval of its 100% clean energy target by 2035, which is a decade ahead of its prior goal.

What impact do you hope to have through this research?

What are some of your future goals/ long-term vision?

I hope that the sky is blue again everywhere in the foreseeable future, and that I can be part of this effort. Thus, I hope to use my knowledge to increase our understanding of reducing air pollution within the changing global climate environment, and to help local governments adopt policies that simultaneously curb global warming, reduce air pollution, improve social wellness and save lives, especially of vulnerable groups. 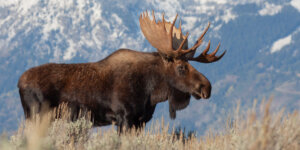