At USC Viterbi's Department of Computer Science, students may have different backgrounds, interests, and life stories, but they share one thing: a passion for making a difference in the world. Read the stories of our Class of 2022, learn about their future goals, and get inspired by their dedication! Fight on! Mathur is a recipient of the USC Presidential Scholarship and her thesis work was supported by USC Provost’s Undergraduate Research Fellowships. In addition, Mathur’s research has been published in seven papers and she was nominated for a Best Paper Award at the 2020 ACM International Conference on Multimodal Interaction. Her potential as a researcher has been recognized by three top national awards: the Barry M. Goldwater Scholarship, the Astronaut Scholarship, and the Computing Research Association (CRA) Outstanding Undergraduate Researcher Award.

Mathur cares deeply about outreach and mentorship in STEM. Since 2018, she has designed and led regular AI workshops for USC undergraduates through CAIS++ and for Los Angeles high school students through Viterbi’s K-12 STEM Center. After graduation, Mathur will begin a Ph.D. at Carnegie Mellon University’s School of Computer Science and plans to pursue an academic AI research career. During COVID-19, hundreds of thousands of families in Los Angeles lost their jobs and re-entered cyclical homelessness. For Bryan Huang, it hit close to home. “That feeling of instability felt personal,” said Huang, who grew up in Boston, the child of parents who emigrated from China and juggled grad school, work and raising a family.

So, Huang and his teammates set to work building a software platform called Social Benefit, which leverages algorithms to help low-income families navigate changes to their government benefits. The team recently received the $50,000 grand prize at the 2021 Min Family Challenge, an engineering social entrepreneurship competition that encourages entrants to build companies to benefit underprivileged people locally, nationally and worldwide.

“A lot of meaning in my life is rooted in being able to help others,” said Huang, who staffed a Samaritans suicide hotline in high school. “I also think there is almost a karmic way of the world giving back good when you put good into it.”

During his time at USC, Huang also served as president of Code the Change, a student club that designs and builds software for social good for local non-profits. After graduation, he hopes to launch his own startup. “The mission will undeniably have some part that will benefit society,” he said. “That’s a high priority for me.” As with all technologies, games should be adapted to fit a wide range of needs, says senior David Barrett, a student in the USC Computer Science Games (CSGA) program. Originally, from Santa Clarita, CA, Barrett is passionate about the gaming world’s sense of community, but most importantly, his mission: to make games accessible to everyone.

Barrett got involved with accessibility in gaming by chance when he landed an internship through the USC School of Cinematic Arts, learning from experts in user experience (UX) research. Since then, he has worked on adapting or creating various multiplayer and VR games to accommodate users with a wide array of disabilities.

In 2021, he received the USC Games scholarship, which allowed him to attend the AbleGamers non-profit course focusing on accessibility. After learning different Accessible Player Experience (APX) gaming patterns to make games more accessible, he received his APX certificate and is now a certified practitioner.

In his final project, a game called Charon inspired by Greek mythology, Barrett’s main concern as an engineer is ensuring the game is accessible to as many people as possible. After graduation, Barrett will intern at Gamebreaking Studios, an LA-based company that has worked with some of the largest brands in the world including Disney, Microsoft and Blizzard. 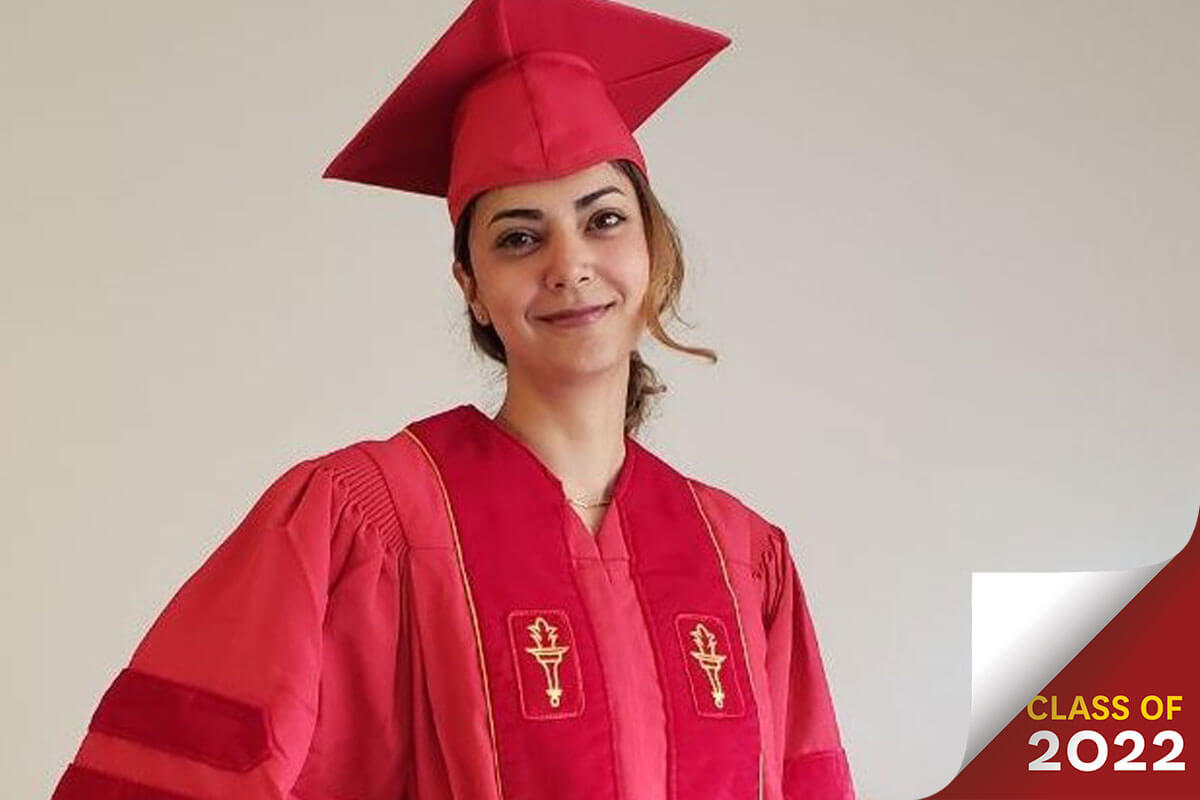 Pairing her background in computer science with social work methodologies, Rahmattalabi hopes to implement an intervention with long-lasting—and widespread—results. Originally from Iran, during her time at USC, Rahmattalabi realized she could channel her passion for AI into meaningful work, helping low-resource communities and other vulnerable populations through interventions that leverage social relationships and create a supportive environment.

Rahmattalabi has researched how AI can help facilitate ‘gatekeeper training,’ a common suicide-prevention strategy in which individuals are taught to detect and respond to the warning signs. She also worked on a project that leveraged AI and social network theory to optimize substance abuse intervention groups for unhoused youth. After graduation, she is taking some time off to travel before pursuing research roles in trustworthy AI research. Imagine a city with trees lining every street, safe roads for cyclists, and infrastructure designed specifically for pedestrians to feel secure while walking. A place with clean air, where neighbors help each other. That’s Sarah Cooney’s vision for the city of the future. At USC, Cooney has been using AI to democratize urban planning and make cities around the world more livable and sustainable.

Cooney’s interest in this process can be traced back to her home in rural Pennsylvania, where she spent most of her life before moving to the Philadelphia area, earning her undergraduate degree from St. Joseph’s University. Her ideal space is a combination of both: green and accessible, like the place she grew up, but with the amenities and cultural opportunities offered by a world-class city.

At USC, she created a software system that allows everyday citizens to design their own sustainable surroundings. Currently, the project focuses on helping people imagine how things could be different, said Cooney, but ultimately the goal is to help people implement those possibilities.

According to Cooney’s supervisor, Associate Professor Barath Raghavan, Cooney’s work could help to democratize urban planning and improve the livability and sustainability of urban environments. Cooney is passionate about sharing her knowledge with others and, after graduation, will return to Pennsylvania to serve as an assistant professor at Villanova University. 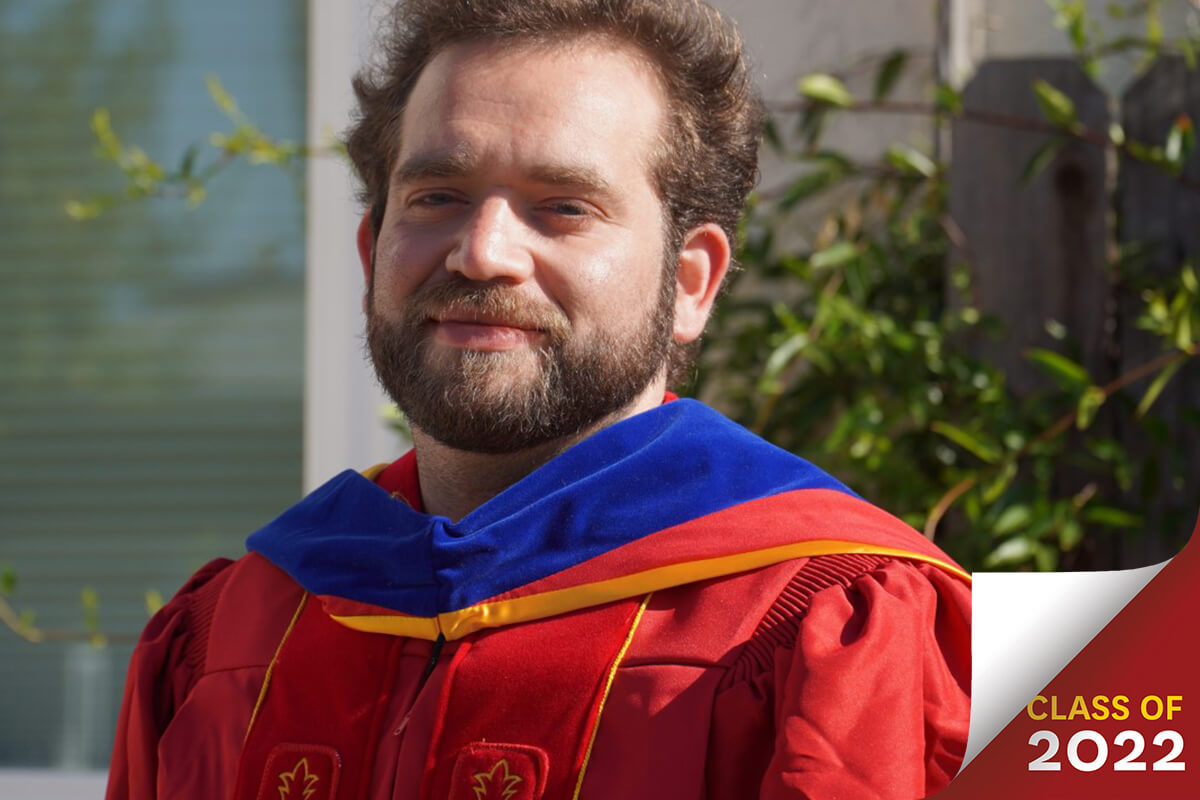 High-quality early intervention for children with autism spectrum disorder, or ASD, can have a strong impact on their development and wellbeing. At USC, Victor Ardulov conducted his research as a member of the Signal Analysis and Interpretation Lab, where his work sits at the intersection of mathematics and human behavior. As part of a recent project published in Nature Scientific Reports, Ardulov and his team created a system to help clinicians screen children for developmental disorders such as ASD.

The AI-based computer adaptive test helps clinical practitioners determine the best questions to ask caregivers based on their previous responses about the child's behavior. This could help clinicians make a faster and more accurate diagnosis, and differentiate between disorders such as ASD, attention deficit hyperactivity disorder (ADHD) and more.

“Such an approach ... could also help in diagnosing numerous mental and behavioral health conditions across the life span, and globally, including anxiety disorder, depression, addiction, and dementia that all rely on similar procedures for understanding and treating them,” said Ardulov's supervisor, Professor Shrikanth Narayanan.

Besides his work at USC, Victor served as a scientific advisor at Calypso, and worked at both  Hughes Research on human-AI collaborative teams and NASA's Jet Propulsion Laboratory on VR tools for science and planning. In May 2021, he received the Viterbi Undergraduate Research Mentoring Award for his outstanding work mentoring undergraduate students. While his precise plans after graduation are still under wraps, Ardulov plans to join a tech company working in an AI and healthcare-focused team.

"What was your most memorable project at USC?" 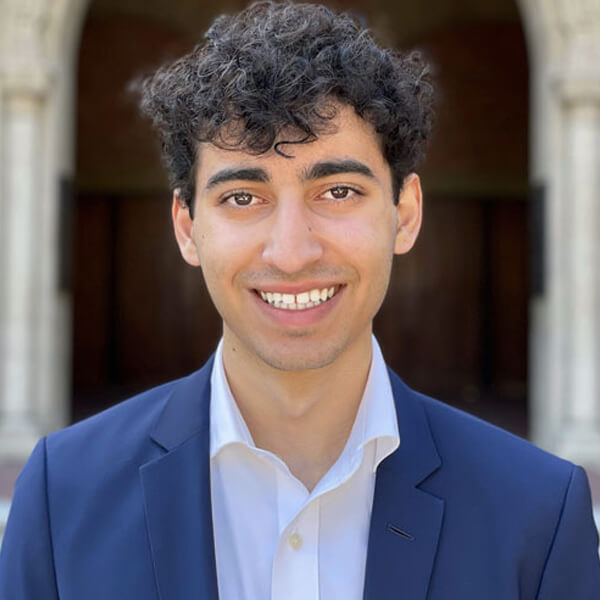 
“I worked on a system for robot mindfulness interactions that measures heart rate, inter-beat interval, and heart rate variability through live remote video. This could inform models for stress during mindfulness sessions." 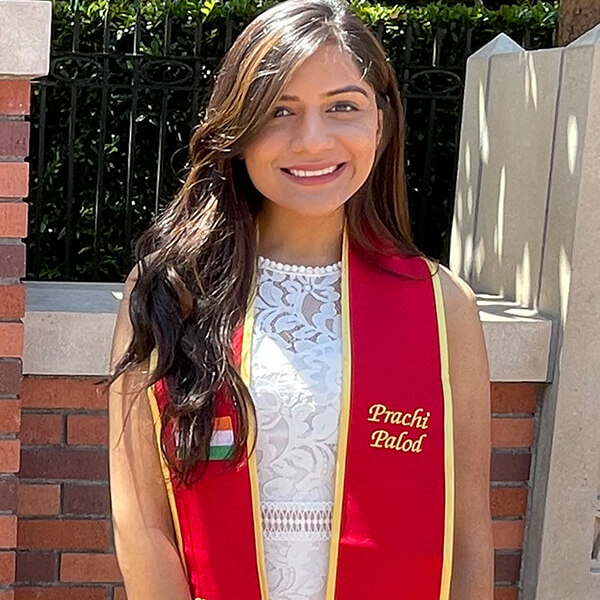 
"My favorite project was creating a weather app from scratch as one of my coursework pieces. After graduation, I'll be joining Amazon!" "I collaborated with USC iLab on my first conference paper and our work has the potential to make safer autonomous vehicles in the future and save lives." Join the livestream to watch the latest commencement coverage

The 139th Commencement Ceremony at the University of Southern California begins on May 13 at 8:30 a.m. at Alumni Memorial Park. Individual school ceremonies will follow the main ceremony. #USCGrad