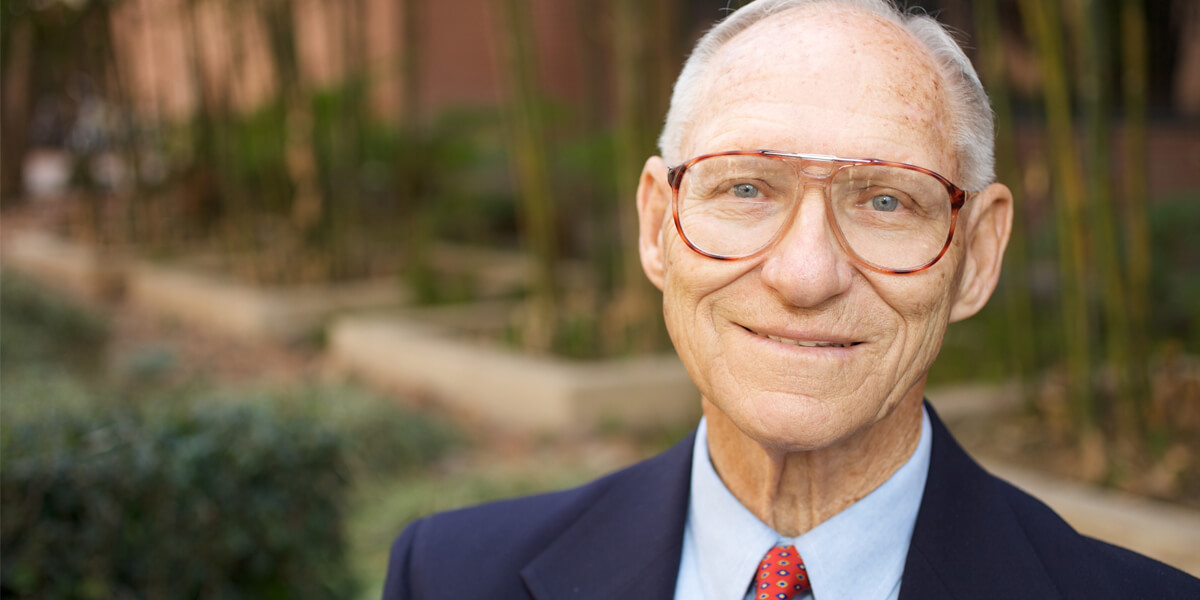 Barry Boehm, a pioneer in the fields of computer science and software engineering, died Aug. 20 in Santa Monica. He was 87.

Boehm, who served as a USC distinguished professor of computer science, industrial and systems engineering and astronautics until his retirement in May 2022, defined an era in software engineering through his seminal work in software cost estimation and lifecycle modeling.

Born in 1935, Boehm earned his bachelor’s and master’s degrees from Harvard University and his Ph.D. in mathematics from UCLA. Following several influential roles spanning industry, government agencies, and non-profits, including positions with the RAND Corporation, TRW Inc. and DARPA, Boehm joined USC’s faculty in 1992.

“Barry’s contributions cannot be measured only by the impact of his ideas on software engineering,” said USC Viterbi Dean Yannis C. Yortsos. “Much more than that, he impacted the lives of his students and colleagues alike. We have been fortunate to work in the presence of a true giant and to call him our friend.”

One of his pioneering contributions was the invention of a software cost estimation model that transformed the discipline. In his 1981 book, Software Engineering Economics, Boehm defined the Constructive Cost Model (COCOMO).

“The field of computer science was forever changed for the good by his work.” Neil Siegel.

“After receiving bids from major satellite systems in the mid-1970s, the vice-president of TRW Inc. asked Boehm for a credible way to estimate the cost of developing a software product. And so, he did!” said Siegel.

The result was the first reliable model that allowed software engineers and project managers to gain control of projects that were increasingly behind schedule, over budget, and low quality, saving companies and government agencies untold billions of dollars. Extensions to this model remained the gold standard in both research and industry for several decades.

In addition to this historical contribution, Boehm revolutionized the software engineering landscape through the development of the spiral software lifecycle model. This method recognized that large, expensive, and complicated projects require an iterative development process with gradual releases and refinement of a product through each phase.

The seminal paper made a big impact on Neno Medvidovic, chair of the USC Viterbi Department of Computer Science, who was a young researcher at the time of its publication.

“To me personally, Barry was an inspiration, and one of the first technical articles I read as a university student was his 1988 paper describing the spiral model of software development,” said Medvidovic “That paper was a big reason behind my career choice. Barry, of course, didn’t know this, so when he tried to recruit me to USC in 1998, I could scarcely believe it. I honestly felt like I was walking on clouds.”

“His door was always wide open”

Boehm authored more than 900 publications, including nearly 200 journal articles, 6 textbooks, and hundreds of conference papers in addition to presentations, keynotes, and webinars. His publications have over 70,000 citations listed in Google Scholar, and Springer analysis lists him as the second most cited software engineer in the world.

But beyond his prolific publishing, extensive expertise and cerebral prowess, Boehm was known as an affable, energetic and respectful colleague, mentor and friend.

With his passing, our department lost one of its most prominent members, and the field of computing lost a giant.” Shang-Hua Teng.

“When he was in his office, his door was always wide open, and I am glad that I took the opportunity to walk in and talk to him each time I passed by,” said his colleague Shang-Hua Teng, a University Professor and Seeley G. Mudd Professor of Computer Science and Mathematics. “From these interactions with Barry, I learned a lot about his insights on computing and his wisdom about life.”

In celebration of his achievements in the field, in 2007, the International Conference on Software Engineering (ICSE) held an event entitled “Software Engineering: The Legacy of Barry W. Boehm,” which included presentations summarizing his contributions and their impact on the research and practice of software engineering.

Organizers noted that, “Not many people…have consistently made significant contributions over a 40-year time period and earned respect across academia, industry, and government audiences.”

Teng agrees with this sentiment, adding, “[Boehm’s] work in applying mathematical economics theories to software engineering led to a principled framework that has had a wide and profound impact on computing. With his passing, our department lost one of its most prominent members, and the field of computing lost a giant.”

Amongst his many accolades and accomplishments, Boehm received the SERC Founders Award in 2018 and the INCOSE Pioneer Award in 2019 “for his work as a systems pioneer uniquely contributing to the advancement of systems engineering through extensive research, education and the application thereof in industry.”

He was a fellow of the International Council on Systems Engineering (INCOSE), the American Institute of Aeronautics and Astronautics (AIAA), the Association of Computing Machinery (ACM), and the IEEE, and was elected as a member of the National Academy of Engineering in 1996.

In addition to his research, Boehm was equally dedicated to his students. According to Jo Ann Lane et. al, more than thirty doctoral students at USC have established their own intellectual pursuits by building on Boehm’s research. He transferred to emeritus status in May 2022 to spend more time with his beloved wife, Sharla, having served as a professor at USC for three decades.

“The term ‘living legend’ is overused, but I had the fortune of working next to a real one for nearly 25 years,” said Medvidovic. “Barry defined an era in software engineering, and I feel lucky to have known him.”