On March 29, more than 60 colleagues and friends gathered in and outside the Information Sciences Institute’s Marina del Rey headquarters to celebrate Robert Braden’s 30-year tenure. A true Internet pioneer, Braden was involved with the now-ubiquitous network from its earliest ARPAnet days.

He helped create fundamental Net communications protocols, operating standards and architecture, and co- edited a pivotal dialogue among developers that helped ensure the Net’s stunning success. While at University College London in the early 1980s, Braden even wrote the software that connected British universities with a nascent Net.

Braden also was active in the broader research community, where he led or participated on multiple, key task forces – including one in 2002 that helped define new architecture requirements for a network popular beyond its creators’ most far-fetched expectations. Braden meanwhile made significant contributions to networking overall, the DETER testbed and the emerging science of cybersecurity experimentation. Braden in a non-paperless office in 2008. Photo by Carl Malamud.

He is a fellow of the Association for Computing Machinery and now a fellow emeritus at ISI. “Bob’s vision has helped guide networking efforts at ISI and the Internet community at large,” says Terry Benzel, Internet and Networked Systems Division assistant at ISI. “In my own area, cybersecurity, he’s helped lead standards development for cyber-physical systems – what most people call the ‘Internet of Things.’ Bob’s also been pivotal to helping DETER succeed as a testbed and research effort.”

Attendees packed a festive room, complete with balloons arcing in USC cardinal-and-gold, in the Marina. Those joining via web conference included researchers in ISI’s Arlington, Virginia office and other Net creators now scattered around the country. Among them: ISI alumnus Stephen Casner, whose multicasting work helped deliver a Rolling Stones concert over the Net for the first time. Braden’s son David, an educator in Berkeley, also flew in to Los Angeles for the event.

Next to Braden himself, the most popular attraction may have been a 4-bit computer that Braden built while still in high school 65 years ago. Completed after a summer job at IBM, the roughly three-foot-square electromagnetic calculator is “a little disheveled” after years of being dragged around the country, Braden acknowledged. His retirement plans include getting the machine back in working order. Internet and Networked Systems Division Director John Wroclawski kicked off the event with a short history of ISI’s Internet contributions, including its role in a then- revolutionary concept: the idea of open-source, rather than proprietary, code. He described Braden’s role in the Internet Engineering Task Force, which required forging difficult consensus between Net researchers, operators and industry.

Wroclawski also touched on an effort involving researchers at ISI, MIT and elsewhere to define new, more flexible architectural principles. Braden and his colleagues worked closely together to outline ways in which the Net must adapt to support constituencies whose competing interests far outstrip its creators’ intent. That activity that ultimately led to a major revitalization of network architecture research.

Benzel followed with a recounting of how, after writing a proposal with Braden to launch the DETER cybersecurity project, she received job offers from both the University of California at Berkeley and ISI. She came to ISI, she said, in large part because of Braden’s extraordinary gifts. 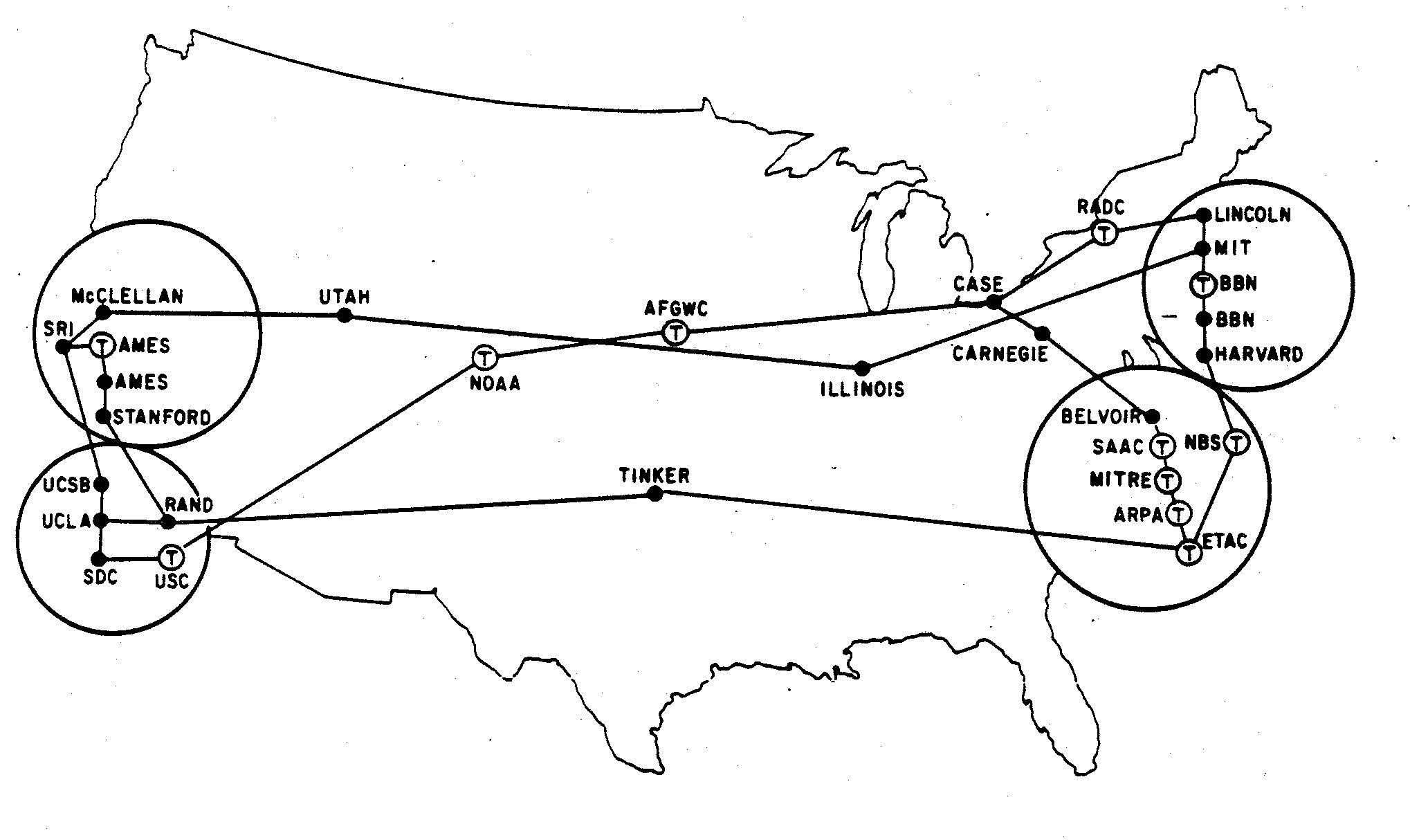 Braden then spoke about his own career, which began with hanging around IBM’s New York computer labs as a high school student. He was offered a summer job, prompting him to build the calculator, and received a Westinghouse scholarship. After earning his BS at Cornell University and MS at Stanford University, Braden taught computing courses at Stanford, Carnegie Mellon University and UCLA.

At UCLA, where he also worked as a programmer, the Defense Advanced Research Agency offered funding for packet-switching network research. “We needed the money,” said Braden, “so we had to say ‘yes.'” He became responsible for connecting UCLA to ARPAnet via the first supercomputer in 1970, as well as a key contributor to the TCP/IP communications protocol on which the Net still operates.

Braden, Internet luminary Jon Postel and other UCLA colleagues moved to ISI in 1986. Postel became the driving force behind the Request for Comments (RFC) – essentially the first, longest-running blog – that catalyzed the Net’s rapid advances. Following Postel’s untimely death in 1998, Braden took over as RFC co-editor, leading the community effort to define Net standards “as a tribute to Jon,” he said.

Braden co-edited the RFC with Joyce Reynolds until 2006, then on his own until the Internet Society took over in 2010. He also has served on multiple Net committees, including the Internet Engineering Task Force, which develops standards, and the Internet Research Task Force (IRTF), which examines longer-term directions. And he created the performance-oriented IRTF End-to-End Research Group. Prem Natarajan, Michael Keston Executive Director and Research Professor at ISI, presented Braden with a substantial plaque reading, “In appreciation of your many years of dedicated service, devotion and commitment to ISI and the network research community.” Natarajan had managed to find an RFC sent from Japan in 1986, and pointed out how the Net’s crusading spirit is emblematic of ISI overall.

The event closed with heartfelt applause and an enormous retirement cake. Natarajan also announced Braden intends to remain connected to, and help document Net history with, an appreciative ISI. The guest of honor and his cake.