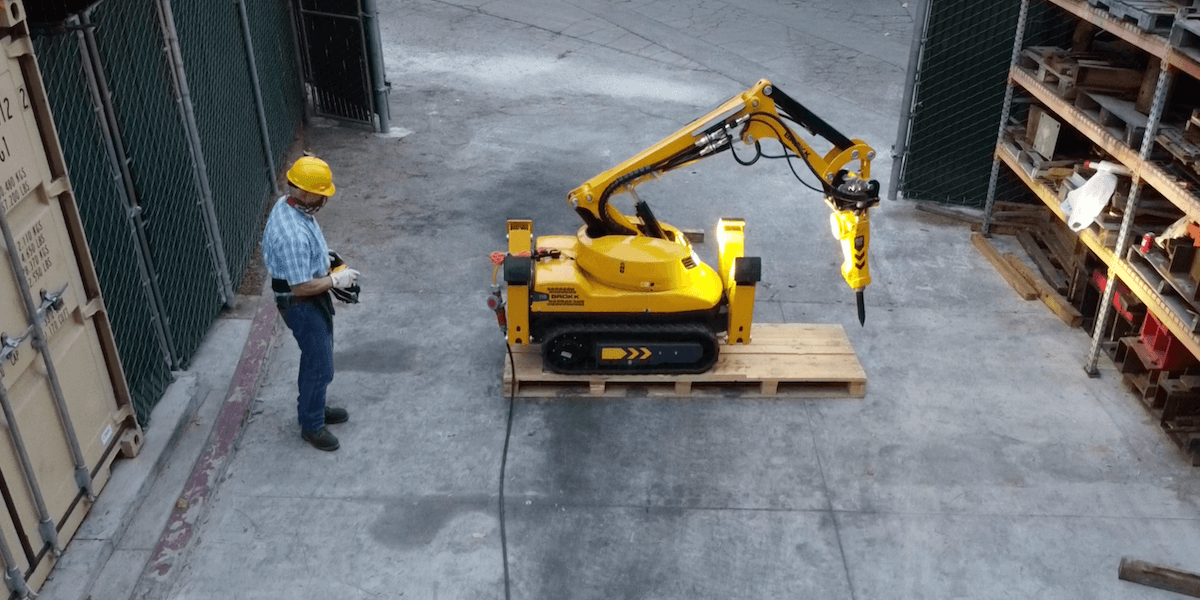 The construction industry is one of the largest industries in the world economy, accounting for 13 percent of the world’s GDP. In the U.S. alone, it employs over seven million people and creates nearly $1.3 trillion worth of structures each year. But it also is one of the slowest in terms of embracing new technology and increasing productivity and growth.

Challenged by safety concerns and labor shortages, the construction industry has shown signs of stagnation. Artificial intelligence and automation offer opportunities to advance the industry, however, these come with tremendous challenges—including a lack of education and understanding on how construction teams and robots can successfully work together.

Researchers at the USC Viterbi Sonny Astani Department of Civil and Environmental Engineering (CEE) are tackling these challenges with virtual reality (VR) trainings to teach construction professionals to team with robots to do their jobs more safely and efficiently. The team includes: from the CEE Department Chair Lucio Soibelman, Dean’s Professor of Civil and Environmental Engineering Burçin Becerik-Gerber and Ph.D. candidates Pooya Adami and Patrick Rodrigues; Research Assistant Professor at the USC Institute for Creative Technologies Gale Lucas; and from the USC Rossier School of Education Assistant Professor Yasemin Copur-Gencturk and Postdoctoral Research Associate Peter Wood.

These VR trainings aim to provide an efficient, low-cost and scalable way to smooth transitions and ease fear of integrating technology into a traditional industry.

Said Becerik–Gerber: “There is fear that automation will replace construction jobs. I don’t think construction workers are going to be obsolete, but they have to quickly figure out how to work with the technology and how to upskill.”

The team was motivated in part by knowing that current resources, such as lectures and traditional training modules, fail to address the real confusion and apprehension about working with robots. Building trust is necessary for humans to feel confident to successfully team with robots, they said. However, training with an actual construction robot is not just time-consuming, but it isn’t scalable. These robots are expensive and cannot be deployed in mass for training; companies would rather spend that money having them at work in the field, Becerik-Gerber said.

“It’s not just about working together well,” Becerik-Gerber said. “It’s also about learning to work with robots safely.”

Building trust is one of the key elements that the team wanted to explore, Becerik-Gerber said. “Trust in automation is one of the key principles. If you don’t trust your smart thermostat, for instance, you’re not going to use it.” Similarly, she said, if construction personnel do not trust robots deployed to make their job easier, they are going to make mistakes, or avoid working with them which might have safety and productivity implications.

Though virtual learning environments (VLEs) have been developed for construction training previously, the team said they narrowly focused on safety. Only a few have touched on robot-worker collaboration. Moreover, the majority of existing VLEs have not incorporated other virtual workers into the simulated environments, limiting trainees’ interactions to the robot, the team said.

As a result, when designing the VLE modules, the team focused on creating dynamic spaces that allow for multiple forms of interaction, similar to a real construction site. At the same time, they integrated elements such as uneven surfaces, dust and shadows that would regularly impact safety and operating procedures in a real-life construction setting.

Said Copur-Gencturk: “The learning environment we created not only provides an example of scalable training for workers, but also provides a prototype of an engaging learning environment in which workers are given the freedom to make mistakes and learn from them. Whereas a mistake made with an actual robot on a construction site may lead to injuries, workers can make the same mistakes in this learning environment and see the consequences of their mistakes without actually being hurt.”

Opening Up Opportunities for a New Demographic of Workers

When discussing the slowing productivity in the construction industry, one considers a related query: how can we attract new talent to this industry?

Said Becerik-Gerber: “Diversity is extremely important. The ability to bring in female workers or workers with disabilities is something we shouldn’t overlook or underestimate.” That’s the other beautiful aspect about working together with robots—it opens the door to females and other demographics, Becerik Gerber said. “Creating this cyber learning environment for a demographic that has not been traditionally focused on and maybe will be phased out of their jobs. I think that is extremely important.”

Working with the robots, Becerik-Gerber said, will also help alleviate health issues that can come with heavy lifting. “Demolition is one of the dirtiest and most dangerous jobs. It can create musculoskeletal issues like back pain. A remotely operated robot can give you the opportunity to decide how the tasks should be accomplished without putting yourself in harm’s way.”

The virtual environment utilizes a demolition robot named Brokk. Beginning October 19, two teams of 25 workers will serve as the first groups to study the VLEs. One group will have direct training, as it would normally be performed, without any virtual learning aspect incorporated. The other group will receive training through use of the VLE platform, which simulates a construction site for a four-floor building.

Said Lucas: “With this research design, we can test how well construction workers learn using virtual learning compared to the standard way it’s done now. Allowing each worker to get a good amount of practice with the construction robot in VR, instead of the more limited opportunities for interaction with the robot in the traditional training, could have a significant benefit to workers’ learning, comfort and safety.”

The virtual training program consists of seven modules, each focusing on a different element of cooperation and/or safety between the construction worker and robot. For example, module five looks at the operating position of the robot, covering concepts like how far the robot’s arm can be extended without tipping it over. The modules allow trainees to learn how to move the robot through a variety of spaces, for instance a narrow space like a pipe or an inclined space like a ramp.

“This research aims to test if using virtual reality to train construction workers to operate and collaborate with robots can safely replace the traditional hands-on training method,” Soibelman said. “My hypothesis is that virtual trainings can surpass traditional methods by allowing construction workers to try difficult and dangerous maneuvers and learn their consequences in the virtual world without risking the equipment, other workers or themselves.”

This work is funded by NSF’s Research on Emerging Technologies for Teaching and Learning program,” formerly known as “Cyberlearning for Work at the Human-Technology Frontier.