The icons representing Facebook, Twitter and LinkedIn have become symbols as common as the red, yellow and green circles in traffic lights. But what impacts do these social media outlets, and all media outlets, really have on our behavior?

Astonishingly, there are very few tools available to measure the impact of media. Sophisticated analytic methods have never been used before to measure how a newspaper opinion piece, a documentary film or a television show could influence societal behaviors.

The USC VIterbi School of Engineering hopes to change that by teaming up with the USC Annenberg School for Communication and Journalism for the Media Impact Project. The effort has received $3.25 million in initial funding from the Bill and Melinda Gates Foundation and the John S. and James L. Knight Foundation. The foundations conducted three summits in 2011 and 2012 to discuss the challenges in media analytics and then conducted interviews around the globe before choosing to invest in USC.

“We are especially interested in the bigger picture—how, in this day and age, does media make us better citizens, and whether the words on the page had an impact, positive or negative,” said Carl Kesselman, director of the Center for Health Informatics, USC Information Sciences Institute. “Our goal is broader than commerce.”

The effort will measure changes in attitudes, knowledge and behavior to determine whether media has the impact desired by its creators. For instance, after watching a documentary about food safety, is the viewer more likely than a similar non-viewer to eat more healthfully or to have more conversations with friends and family about food safety?

These are the types of questions Johanna Blakely, managing director and director of research at the Norman Lear Center, asked in a USC study of the documentary Food, Inc., which concluded that the movie did indeed lead viewers to eat more healthy food and shop at farmers’ markets.

Similarly, more than a decade ago, the Lear Center employed a matrix to determine that an episode of the daytime drama The Bold and the Beautiful about an HIV-positive character changed attitudes about the disease. When viewers were provided a hotline number, they called it, the study showed, indicating that audiences can be motivated by a dramatic health-related television story to seek health information.

The center will use similar methods to evaluate the impact of TV shows, fiction films, radio programming, and news websites. 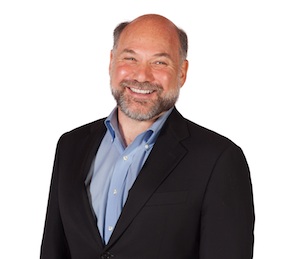 Working with the Lear Center, Kesselman will create an analytical machine that will process disparate facts in a new way. Among these might be Facebook analytics, Twitter retweets, information scrubbed from the Internet and perhaps even community newspapers and movies. Instead of looking at the number of clicks, tweets or likes, the Center will look at their impact.

The results, he said, will manifest how engineering can be applied to socially relevant problems and bolster the idea that engineering can be multidisciplinary. The metrics that will be developed will be available to community organizations and others.

“For years, [Annenberg] Dean [Ernest James] Wilson and Dean Yortsos have been speaking about the ways our two schools complement each other,” said Martin Kaplan, Norman Lear Professor of Entertainment, Media and Society at USC Annenberg, and director of the Lear Center. “Now we have a project with the potential to demonstrate that. As it turns out, the Lear Center has also been studying the process of collaboration at USC.”

Blakely, who has spent years studying media’s impact, is thrilled to get the support of the engineering school. Kesselman and his team will be able to crunch vast sets of data to provide tools that are currently the secret weapons of marketers, she said.

“What we see is that private companies try to process data but generally do not reveal their processes,” Blakely said, but this project will allow everyone to have a uniform way to measure the impact. “For the first time, everyone will be able to benefit from an open and transparent way to see the effect of media.”

She is the third researcher at USC Viterbi’s Information Sciences Institute to receive the prestigious honor.