While the global shift towards virtual events has clearly reduced the carbon footprint, it also raises questions regarding accessibility. Specifically, can virtual events overcome barriers of diversity and inclusion in STEM conferences, particularly among early career researchers?

The researchers compared in-person with virtual attendance at the North American Membrane Society (NAMS) annual conference , the International Conference on Learning Representations (ICLR) annual conference, American Astronomical Society (AAS) conferences, as well as the online Photonics Online Meet-ups in 2020 and 2021, and the International Water Association Biofilms online conference in 2020. In addition to analyzing carbon footprint and geographic, career-stage, and gender diversity, they also quantified the cost differences, which could influence a decision to attend. Here are some select conclusions:

“While many of my colleagues are resistant to hybrid or online events, these findings support the ability of a virtual conference to reach into the scientific community. If we truly want to improve inclusion and diversity in science and engineering, we need to learn from the past year and continue to develop alternative virtual networking methods,” said co-senior author Andrea Armani, Irani Chair of Chemical Engineering and Materials Science at USC. 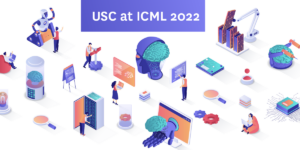