ISI research director Ewa Deelman has been named a 2018 Fellow of the Institute of Electrical and Electronics Engineers (IEEE). Deelman, who also holds a faculty appointment as research professor of computer science at USC’s Viterbi School of Engineering, was honored for her “contributions to scientific workflow management.”

“Dr. Deelman’s election to Institute of Electrical and Electronics Engineers is a testament to the far- reaching impact of her groundbreaking accomplishments in the field of scientific workflow management,” says Prem Natarajan, the Michael Keston executive director of ISI.

“IEEE fellows represent some of the most outstanding scientists in the field, and Dr. Deelman is well-deserving of this recognition. I am confident that her enduring and impactful contributions will continue to propel scientific discovery for many years to come.”

As a pioneer in scientific automation, Deelman’s work has had tremendous impact on the research community in areas including astronomy, bioinformatics, earthquake science and gravitational-wave physics—just to name a few.

Since 2000, she has been conducting research in scientific workflows, leading the design and development of Pegasus, a specialized computer program that maps complex application workflows onto distributed resources. 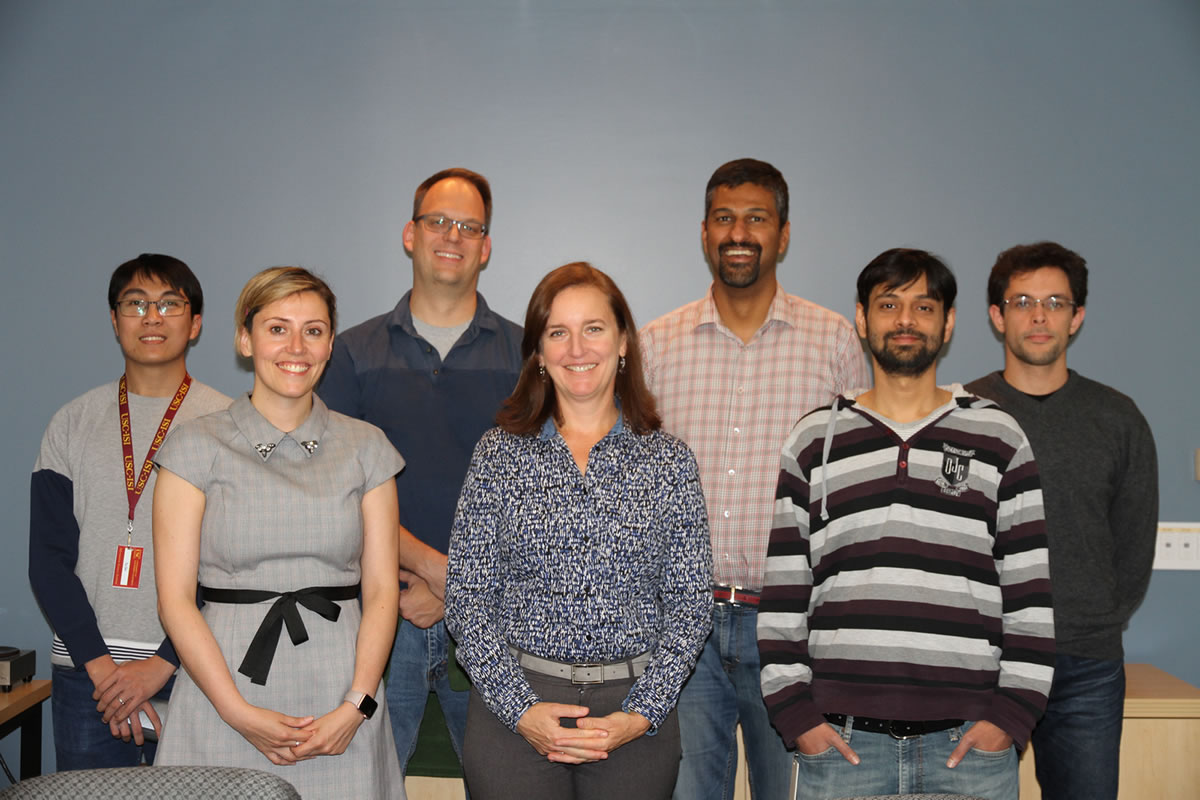 Initially designed for astronomers, the software can automate hundreds of thousands of computational tasks on high- end systems, while managing the data flow between tasks and accessing experimental data across wide area networks.

“I am truly honored to be elevated to IEEE Fellow,” says Deelman. “This is a recognition of how much impact computer science—and in this case workflow technologies and algorithms—can have on science and engineering. This honor also represents the contributions of my team at ISI and my computer science and domain science collaborators.”

Deelman is the author of more than 60 journal articles and 120 conference publications. Her papers have garnered more than 17,000 citations worldwide. She is a member of the editorial board for the International Journal of High Performance Computing Application, IEEE Transactions on Parallel and Distributed Systems, the ACM International Conference Proceeding Series, and the Journal of Grid Computing.

She is also a steering committee member of the IEEE eScience Conference and the IEEE/ACM International Symposium on Cluster, Cloud and Grid Computing, and founder of the annual Workshop on Workflows in Support of Large-Scale Science (WORKS).

“Dr. Deelman’s combination of technical creativity, leadership, collaboration, and participation in the broader scientific community embodies the strengths of ISI, and we are glad she has made ISI her professional home.”

IEEE is the world largest technical professional association with more than 423,000 members in about 160 countries. The IEEE Fellow distinction is reserved for select members who exhibit an extraordinary record of accomplishments in any of the IEEE fields of interest.