As most of us learned in elementary school, whether it’s from the sun or a light bulb, light is made up of particles called photons. While photons have energy and momentum, they have no mass. Yet, somehow, they’re able to carry tons of information about their energy and momentum. In fact, according to experiments done in the Netherlands in 2016, a single, weightless photon can carry more than 10 bits of information.

While this doesn’t make sense in classical physics, the impossible is made possible in quantum physics. And USC scientists are exploring this by researching new methods to make measurement tools in quantum physics even more sensitive in order to get all the data they can from these tiny particles.

Jonathan Habif, research lead and experimental physicist at USC’s Information Sciences Institute (ISI), is the PI of a project entitled “Optimal Measurements for Reaching Quantum Fisher Information in Mixed Quantum Optical States.” The project is sponsored by the US Army Research Office, which is an element of the US Army Combat Capabilities Development Command’s Army Research Laboratory.

Habif is collaborating on the project with co-PI Federico Spedalieri, a research lead at USC ISI. Both scientists are also research assistant professors of Electrical and Computer Engineering at USC Viterbi and are working on the project alongside members of USC ISI’s Laboratory for Quantum-Limited Information (QLIlab).

Quantum physics, or quantum mechanics, is essentially the study of the fundamental physics that governs the behavior of our universe. In quantum physics, scientists examine physical systems at microscopic scales of size or energy; in contrast, classical physics studies objects that are at higher energy scales, or comprised of large ensembles of atoms or molecules.

Classical physics states that objects exist in a certain place at a certain time – it’s an orderly, stable, predictable science. Quantum physics, however, is more like the Wild West, where the properties of quantum systems are in a constant state of uncertainty and can exist anytime, anywhere, and everywhere all at once.

Quantum physics is a set of laws that analyzes the behavior of physical systems, which are forms of matter that are either human-made or natural. Quantum effects, which are any type of phenomena that can’t quite be explained by classical physics, are important to understand when dealing with a small physical system that has low energy, or a system that’s in a stable state. It’s also important to understand the behavior of weak signals as well as how information is encoded on those signals.

“The traditional technologies for measuring signals have been designed and motivated by classical physics, but neglect the important quantum effects that manifest when signals are very weak,” Habif explained. “The most sensitive instruments can only be designed and built with a full quantum treatment of the signal you’re trying to measure.”

While quantum physics may seem like a very abstract, far out concept, there are actually numerous technologies that wouldn’t exist without it, including the device you’re likely reading this article on.

“A deep understanding of quantum mechanics has inspired some of the most foundational technologies in our everyday lives, including semiconductor devices in computers and lasers,” said Habif. “Within the last decade, the capability to control and measure individual quantum particles/devices has resulted in brand new technologies in quantum communications and quantum computing that will soon impact our information technology sectors. The next generation of engineers will need a deep understanding of quantum mechanics to understand and advance state-of-the-art technologies.”

The Laboratory for Quantum-Limited Information (QLIlab) is a new lab at ISI that investigates the natural limits for storing, processing, and extracting information in quantum particles like photons. Photons are the fundamental particles of light and it’s important to analyze the data within them to understand their behavior and other quantum effects.

While the QLIlab is dedicated to researching both communications and sensing systems, this particular project is focused on sensing systems. As Habif explained, the design and strategies for detecting light and extracting information from light signals has basically remained the same for generations. QLIlab aims to change this with this project.

“The QLIlab relies on instruments that can carefully and precisely manipulate and measure weak states of light containing just a single photon (single quantum particle of light),” said Habif. “These include optical detectors (called single photon detectors) that are able to detect the presence (or, just as importantly, the absence) of a single photon in a region of space and time.”

The need for precise measurement is important for understanding concepts such as quantum entanglement, which is when two particles are linked to each other, no matter how far away from each other they are. Famously referred to as “spooky action” by Albert Einstein, quantum entanglement shows that even though two particles aren’t physically connected in any way, they’re still able to instantly share and disseminate information with each other somehow, with the measurement of one particle’s properties mysteriously influencing the other.

“We’re just beginning to understand how fundamentally quantum resources, such as quantum entanglement, can be used in quantum-inspired sensors to achieve nature’s fundamental limits for measurement sensitivity,” Habif added.

This notion of measurement sensitivity is extremely important, especially in quantum physics. In fact, quantum sensors can be so sensitive that they technically go against the very laws of classical physics. The ability to reach such high levels of sensitivity helps researchers understand the behavior of quantum particles, which in turn helps accelerate scientific innovation.

“Any improvement in how well a parameter can be measured, or requiring less resources to achieve a certain level of precision, pushes the boundaries of what is possible to accomplish,” explained Spedalieri. “For example, atomic clocks were designed and built to improve the precision of time-keeping, and that improved level of precision made applications like GPS possible, since GPS is all about timing signals.”

The research will also help the US Army develop more streamlined and sensitive methods for mining information. “This project has the potential for ultimately enabling the design of receivers which can implement optimized quantum measurements for information extraction,” said Dr. Sara Gamble, program manager at the US Army Research Office. “If successful, this would help lay the groundwork for enhanced sensing applications for the Army.”

On top of the various applications that can benefit from this project, the researchers are ready to push the boundaries even further in the coming future.

“What we’ve achieved is still constrained by what type of measurements we can do in the lab today,” Spedalieri remarked. “One interesting line of research would be to find new theoretical types of measurements that could improve precision even further, and then figure out how those could be implemented in the lab.”

“In the future, we’re excited about examining all of [the] different types of measurement tools and understanding how a full quantum mechanical analysis of traditional measurements systems can result in revolutionary new quantum-inspired designs for the way we measure light,” said Habif. 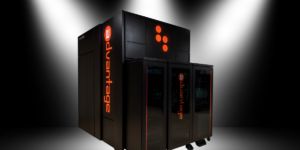